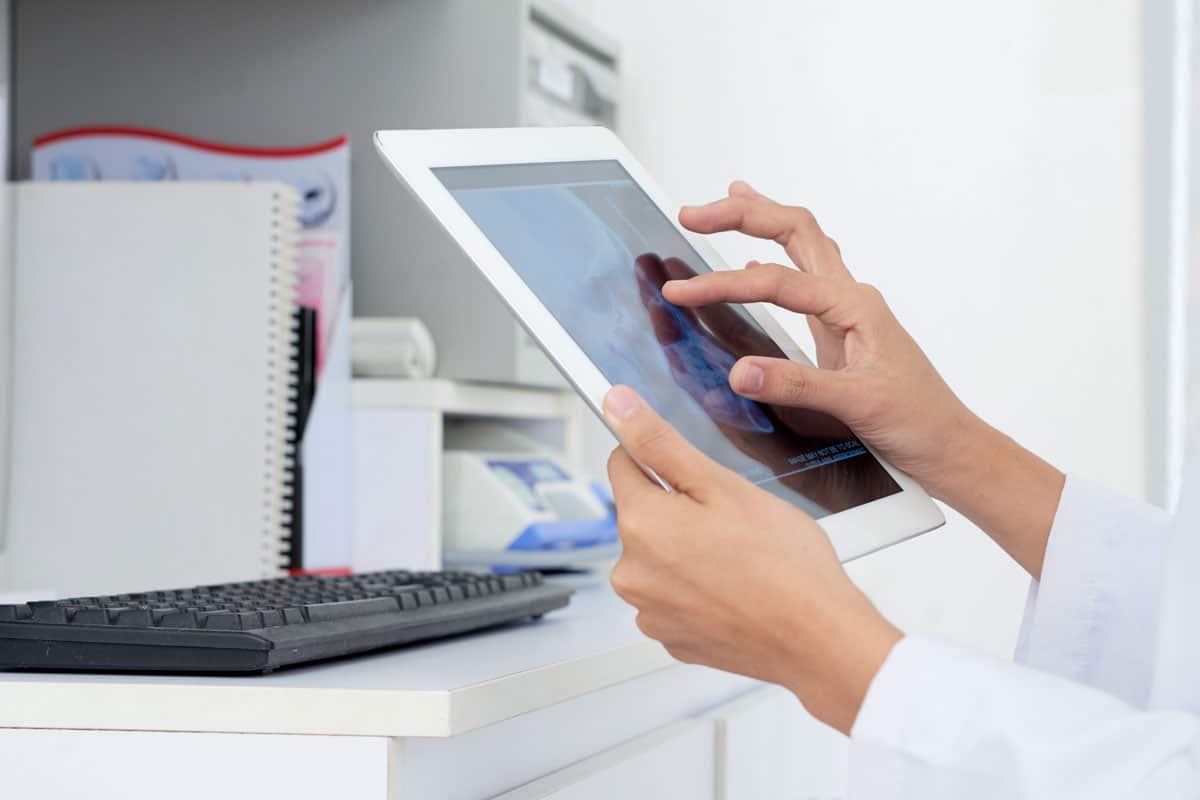 As part of the Ahwatukee and Phoenix Arizona communities, both professional dental offices provide state-of-the-art dental services for our clientele. We use modern digital technology such as digital X-rays to supplement or even replace previous dental procedures. As a result, you save time and inconvenience for your teeth repair, inlays, crowns, dentures, bridges, and so on. We also employ the latest in dental technology to reduce exposure to traditional X-rays and also produce aesthetic dental work at a reduced cost. Please, let us show you how we can provide all of these services and more for you and your dental well-being.

How Safe Are Traditional X-rays?

Professor Wilhelm Conrad Roentgen accidently discovered X-rays at the Wuerzburg University in northern Bavaria, Germany in 1895. What made X-rays so special was that they could penetrate most solid objects including the human body and leave an image. So, doctors began to use X-rays in Glasgow Scotland in 1986. Similarly, military doctors began routinely using X-rays to accurately find bullets and shrapnel lodged in their patients.

Even in the early 1900s, the dangers of unshielded radiation was known and safety measures enacted to protect both doctor and patient from radiation poisoning. So, by the 1930s, hospitals and the military in the developed countries began using X-rays to diagnose the fatal and contagious tuberculosis (TB) disease. Since, the 1930’s the safety of traditional X-ray technology’s shielding has continued to advance through technological innovations such as ultrasound, CAT scans, and digital X-rays.

Interestingly, the first dental X-ray was made by American dentist, Charles Edmund Kells, in July of 1896. In fact, between 1930s and 1955, safety demands were met by improvements in X-ray machines and by the governance of the American Dental Association. Later on, the ADA’s rules were enhanced by the EPA’s Radiation Safety Responsibility rules in 1970. As a result, traditional X-rays are more safer today than ever before.

In fact, you would have to take 10,000 chest X-rays and 25 CAT scans to equal a diagnostic radiation exposure of 100 mSv which is the lifetime recommended radiation exposure according to the American College of Radiology. Additionally, 0.005 micro-seiverts is about the same amount of radiation you receive when flying an airplane for two hours. As a result, a digital X-ray of only 14 seconds has even less radiation than a traditional X-ray of 25 minutes.

What About Dentist Professionals & Radiation Safety?

Radiologist and other dental radiology practitioners protect themselves from accumulated radiation exposure with lead shielding clothing and tools. As you know, traditional X-rays radiation cannot penetrate lead and so lead shielding shirts, coats, hats are standard operating procedure for professionals who work with radiation. Radiation shielding garments include:

Another important radiation protection is the control dosimeter which is usually worn as a badge. The dosimeter measures the cumulative radiation levels that the wearer is exposed to over time. Should the safety levels be exceeded the dosimeter badge film is developed and within 60 days the result are given. Emergency readings are also available if there is a high level of radiation exposure. So, for professionals their risk is slighter greater than their patients and requires OSHA precautions are needed.

Diagnostic radiation safety has continued to decrease the risk of radiation over-exposure. As technological innovations continue to expand on the previous knowledge of radiation safety, dental personnel and their patients are enjoying safer and longer lives as they work with radiology. As a result, the digital X-rays is safer than the traditional X-rays which is safer than the previous X-ray usage of the earlier twentieth century.